Recently The Cairns Post interviewed cairns Wedding Photographer Nathan Kelly to talk about his  recent project documenting architecture between Cairns and Townsville, his upcoming Exhibition in Sydney of my photographs of musicians Rock N Roll Heart and of course his  Cairns wedding photography. 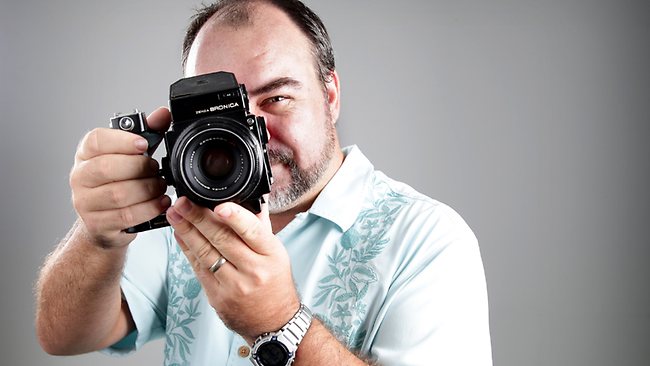 Nathan David Kelly has been photographing rock stars (among a myriad other famous people) for over 20 years, and signed photos of never seen before images will be at an exhibition this year in Sydney and auctioned off for the Alzheimers. Nathan is also working on a project for which he got a RADF grant documenting the architecture between Cairns and Townsville. Picture: Brendan Francis Source: CairnsPost

A GLIMPSE of the world and some of its rock ‘n’ roll heroes through the lens of a local photographer Nathan David Kelly.

Nathan David Kelly is well known in Cairns for his stunning wedding photography but he is a man who can be viewed through many photographic lenses.

With 20 years of strong travel and portrait work to his credit, Nathan has two very big and diverse projects underway for 2014.

One is a photographic series, for which he was successful in obtaining an RADF grant in 2013 for the accumulation of work photographed between Cairns and Townsville. The project, which Nathan explored over six months, was initially devised to document the architecture, the people and the places. “As the project developed, it developed into the architecture, the unique buildings between here and Townsville, especially the canecutter houses,” Nathan says.

Nathan, who is originally from Sydney, says he aims to portray a unique view of the buildings, which are all photographed in the same way, both from the front and side on, and he was inspired by the work of Reg Mombassa. He also took the photographs at different times of the day, depending on which way the buildings were facing. 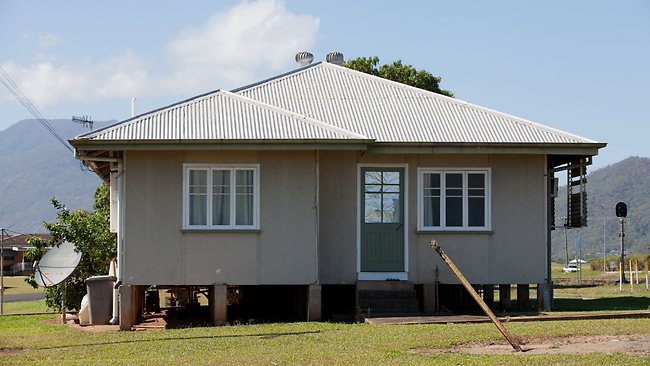 Nathan didn’t discover a particular pattern in the way they were made but that they petered out as he approached Townsville. “Townsville is much drier, and so the heaps of canefields become scrub and national park,” he says. “Between Gordonvale and Silkwood you find the most quality buildings, which are not occupied.” Near Silkwood, he found one made of double brick that he describes as very individual in character.

Nathan previously completed a project documenting images from Cairns to the Cape, which became an exhibition at Cairns Regional Gallery. His work has also graced the walls of New York’s Metropolitan Museum of Art, Canberra’s National Portrait Gallery and The Australian War Memorial. 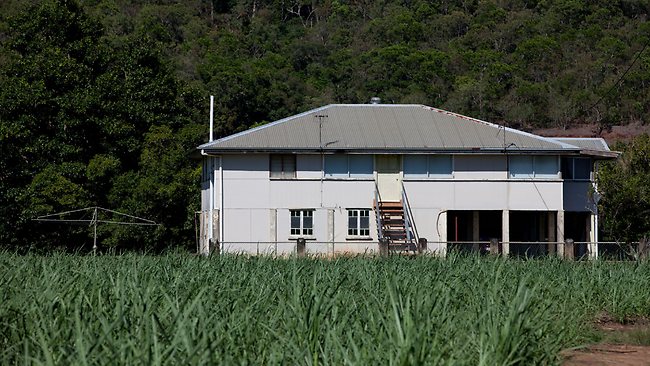 He says that in his photographs he is trying to capture what is happening now before it disappears. “Everything is being replaced,” Nathan says – although in everyday life people generally don’t notice the buildings, or in some cases, the people around them. “These things will disappear, the buildings, even the people.

“People tend to think the future will be better, or the past, but I like to live in the present and I think that’s the artist’s job, to represent the present,” he says – a bit like Owen Wilson’s character Gil Pender in Woody Allen’s Midnight in Paris, who realises that no matter what era in which people live, “golden-age thinking” means they glorify another time and, possibly, place.

Nathan says he considers himself an artist rather than a photographer as he says an artist can use any medium at his or her disposal. He is a father of two young children and he encourages them to draw.

“Art is an important aspect of everyone’s life,” he says. It is, however, the medium of photography that has captured Nathan’s passion since his teens when, already hooked, he went to study for the University of Sydney’s Bachelor of Fine Arts, majoring in photomedia. He loves the process of photography, having grown up using darkrooms and developing his own prints.

“It’s a relaxing way to make my work,” Nathan says. “I use different cameras for different results.” For his Cairns to Cape project, for example, he used a compact Zeiss Ikon camera that was 50 years old, whereas for his latest project capturing architecture from Cairns to Townsville, he used a medium-format camera and a wooden pinhole camera with no lens.

Photographing people has been the mainstay of his life, however – particularly portraiture of famous people. He has photographed prime ministers, religious leaders and many people before they hit the big-time – for example, Hugh Jackman – but it is his particular talent for photographing rock ‘n’ roll stars that will form the basis of the second large project that will occupy Nathan’s time this year. Rock ‘n’ Roll Heart is an exhibition to be held at the Bondi Pavilion in Sydney that will also raise awareness and funds for Alzheimer’s Australia.

When he started out, Nathan had a certain amount of idols he wanted to photograph and he has been successful in all bar one: American blues legend, John Lee Hooker. “I was a Sydney freelancer and worked for the Sydney Morning Herald, Big Issue, Marie Claire, Cosmopolitan,” he says.

Nathan says they were good days for a live music concert photographer – he was the only photographer, for example, at Ray Charles’ Sydney show and at BB King’s, rather than one of 110 photographers at his most recent Big Day Out.

“What you’re trying to show and thinking of during the performance is capturing one iconic image,” Nathan says – the idea being that people who aren’t at the show can appreciate what it must have been like to have been there.

He has photographed his idols Bob Dylan, Santana and Van Morrison, and many other people’s idols in an archive collected over 20 years that comprises more than 10,000 images, some of which have never been seen.

Nathan’s portraits of famous people took a considerable amount of patience and ingenuity to secure. For Robert Plant of Led Zeppelin, for example, it took eight and a half months to secure what would be 10 minutes of the lead singer’s time.

Nathan has a technique to get to know the stars: first asking them to sign his autograph book, which allows them to see who else he has photographed, and which also puts them at their ease with his work, thus building trust. “You have got to have some connection with that person,” Nathan says it is very intimate.”

“I already have a vision, so I know how to light it in my mind and how it will look. “Most people are willing to follow your lead because I’m trying to make them look as best as they can look.” Nathan photographed the Dalai Lama in Sydney, and photographed the elusive Woody Allen in New York.

“I was on my way to my brother’s wedding and he (Woody) plays every Monday night in a bar in New York (Cafe Carlyle) – he plays the clarinet in a Dixieland band,” Nathan says.

It took more than five months to organise permission from Woody’s people for the photo that was to appear in the Sydney Morning Herald travel section, including confirmation that had to be given on the day. He describes it as a surreal moment when Woody was fixing his clarinet beside him.

One might wonder what it is that makes people famous and successful and does that certain “it” come across the camera lens to a photographer who has been capturing their essences for 20 years. “Celebrities are real people,” Nathan says, “but they are very driven and when they are on, they give about 200 per cent.”

Nathan’s rock ‘n’ roll photographs, both live concert and portraits, for the Sydney exhibition will be autographed by his subjects, including Keith Richards, Ozzy Osbourne, Michael Stipe of REM, Charlie Watts of the Rolling Stones, Robert Plant, Lou Reed and Jimmy Barnes, and some will be sold at auction.

As for future work, Nathan says he still enjoys his wedding photography, in which he captures people in a mix of classic and spontaneous unposed moments. “I love it because they are real people with hopes and dreams and aspirations and there is a lot of fun,’’ he says.

As he has spent a significant amount of his life travelling, including four years in the late ‘90s and early 2000s, his travel photography may form another project.

His top places are the ones with memories of people he was with at the time. “Venice, because I was with my wife and a good friend, and South America in Guatemala – I got back there to document the Mayan sites.’’

Rock ‘n’ Roll Heart is at The Bondi Pavilion Gallery in Sydney from September 23 to October 5. To find out more, like Nathan’s Rock ‘N’ Roll Heart Facebook page, visit his websites: nathandavidkelly.com or
rocknrollheart.com